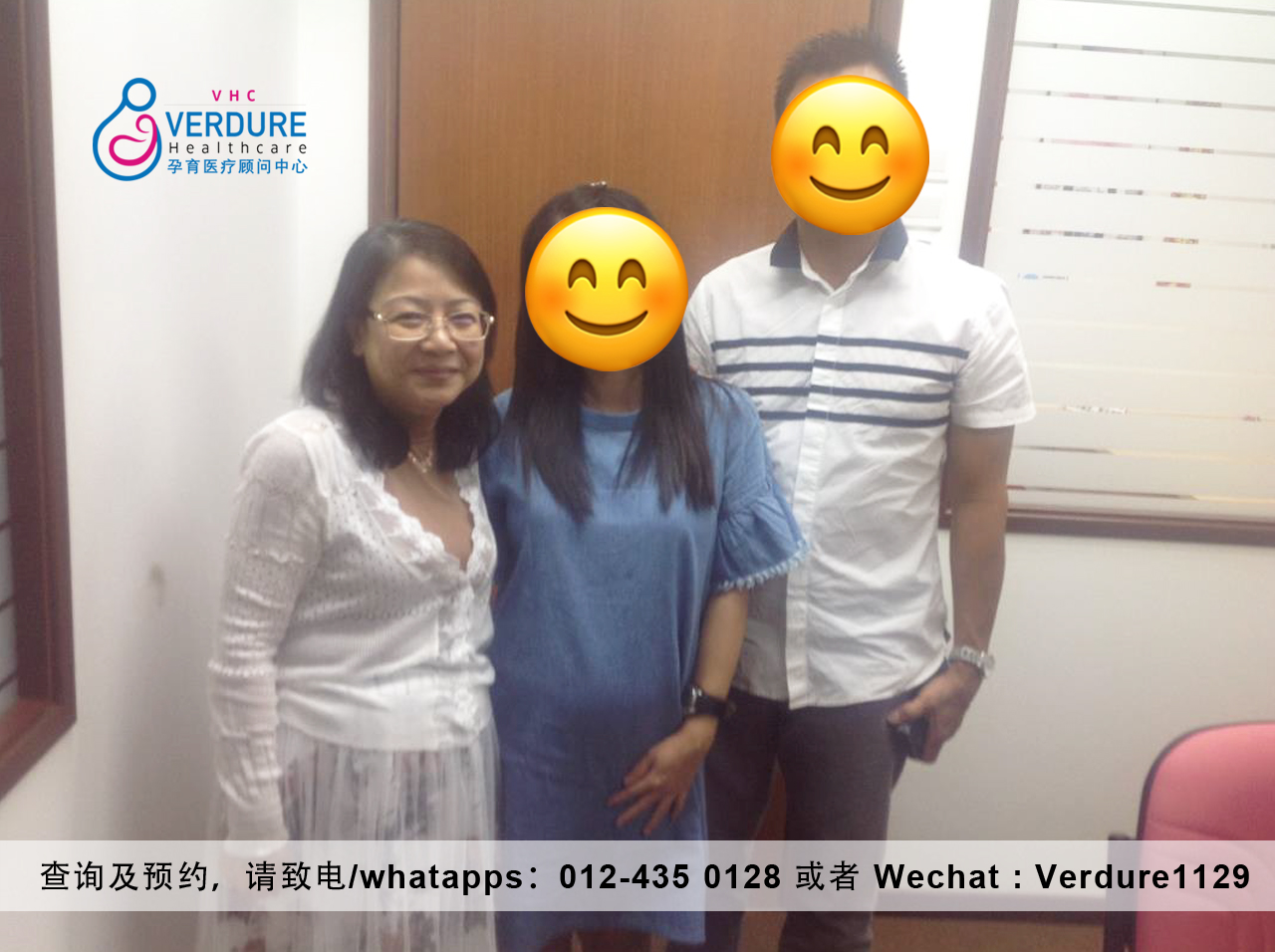 “I was 43 when I found my Mr. Right, however each time my period came, I died a little inside. Time has passed and now I am 44 years old, only a few years left before menopause comes knocking on my door. My wish to conceive a child with him was a race against time. I was anxious that the end of my journey would not bear the child I longed for, but the dreaded menopause...

Half a year later, Mrs A could finally share her story. I believed her case would encourage those who are still trying. Even at the age of 44, they are still working hard to fulfil their dearest wish. So, would you still give up?

44 year old - Conceived after 6 months of treatment. How can it be that fast?

Indeed, she has surpassed my expectations. Before she came to me, doctors did not recommend using her own eggs for IVF (In-vitro fertilization) procedure due to her age and should opt for ‘younger’ eggs. She understands that time waits for no one and proceeded with donor eggs. However she wasn’t able to conceive even after two attempts.

Whenever a couple who wished to conceive came to see me, I would encourage and guide them on how to enhance their chances of getting pregnant. Patience is virtue, so as long as you have patience and cooperate with the treatment, you’ll be one step closer to a successful pregnancy.

“Some couples possess the best criteria to achieve successful pregnancy but were unable to conceive; while some couples just wanted to try their luck when they have nowhere to turn to, ended up receiving unexpected joy.”

I would never mask the truth towards my client, so I informed Mrs A her biggest hurdle was her age. Even the most advanced test tube baby procedure had failed her twice. Body conditioning may help but her chances of conceiving were still lower than 50%.

She took a week to consider and called my assistant. She said:

“I wanted the best for my child. I already accepted using donor’s egg and even failed IVF twice, there is no other choices left other than to try condition my body. As long as I have time before menopause, I would give my body another chance. Even if I couldn’t conceive in the end, at least I have tried!”

The week she took to consider before taking up treatment changed her life. Her mindset changed completely. She is no longer anxious about the passing time, but to try her best to cooperate with the treatment and leave it up to fate to dictate her dearest wish.

Indeed, her wish was granted on Christmas Eve in the form of ‘two lines” on her urine pregnancy test just after 6 months of treatment. At the time of pregnancy, she was so excited she couldn’t utter a word. After flooding ‘thank you’ messages on ‘WeChat’, she even made a joke: “Dr Terrenz, it’s positive! I missed my period but it is not menopause. My child is coming, my child is finally coming!”

Currently, Mrs A had safely gone through the first trimester. I hope that Mrs A’s strength would inspire fellow couples who wish to conceive. Many couples informed me that those who conceived easily would never understand their pain. “They could conceive with ease, so how could they understand the effort and frustration we put in just to have our own little angel.” I completely understand their sentiment and because stress is one of the main hurdles, I am always there for them with support and encouragement.

Even at the age of 45, she held on, insisted and persevered. Would you still give up? Let us work together to combat against infertility.