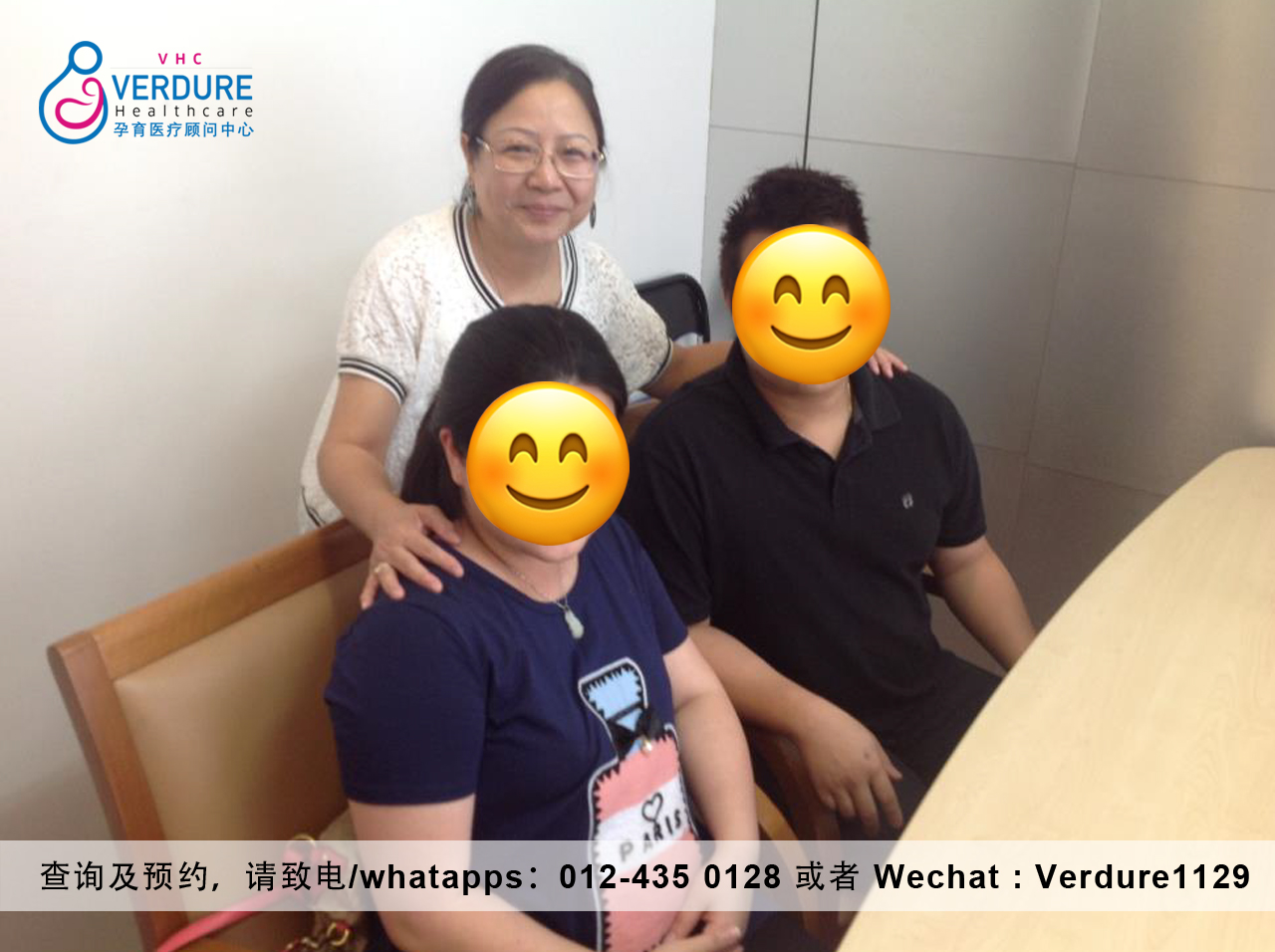 I have had couples who came to me with wishes to conceive, but I never had a couple who came to me and wanted a divorce. How did things end up this way? Turns out it is a heart wrenching story for the Lee couple.

Mr Lee is an only child, therefore the responsibility for the succession of the Lee family rest upon Mrs Lee’s shoulder. However, both of them were thalassemia patients, resulting in 2 abortions.

The first pregnancy was in 2012; they were only married for 2 months. She was 16 weeks pregnant when the doctor found out the baby had Thalassemia Major. Even if the baby is safely delivered, he would not survive infancy. The Lee couple was devastated. The decision was tough, the foetus was healthy and well developed, but they did not want their child to suffer in the long run and choose to terminate the pregnancy.

Mrs Lee got pregnant again a year later and history repeats itself. Thalassemia robbed Mrs Lee both of her children, she was devastated. Filial piety was ingrained into her being since childhood, the pressure for the succession of the Lee family drove Mrs Lee to consider a divorce in order to not drag Mr Lee down.

At the time, Mrs Lee was in a dilemma. She is only 29 years old therefore she did not want to give up her wish to have her own baby and Mr Lee understands her. However, the probability of their child having thalassemia major was as high as 75%.

They could not afford to take the gamble again so they utilises medical advances such as in-vitro fertilization (IVF), preimplantation genetic screening (PGS) and preimplantation genetic diagnosis (PGD) to select embryos that does not carry the genetic condition. PGS and PGD costed RM30,000 while IVF make up a whopping total of RM50,000, putting a dent in their savings. Still, the whole procedure failed them.

The Lee couple came to see me on November 2017. Due to previous IVF procedure, Mrs Lee’s health was no longer the same. She suffers from menstruation disorder, stomach bloating, shortness of breath and other problems. I advised them to use contraception for the first 3 months of treatment. I told them I cannot change the genetic disorder but I can help to condition their body in hopes of strengthening visceral and physical condition, thalassemia will not worsen and reduce the chances of it passing on to the baby.

When Mrs Lee came back for her follow up treatment in April, I encourage her to be patient and not give up. That she is blessed with a kind and understanding husband so do not take divorce lightly. Be positive and a healthy baby will soon follow. Mrs Lee thanked me before she left: “Thank you for the enlightenment Dr Terrenz, I feel much more relaxed now. I’ll continue to work hard.”

A month later, she was pregnant. Although she suffers from severe morning sickness, this indicates sufficient progesterone level. When she finally got through the 12th week of pregnancy, the most crucial time has come;  amniotic fluid was taken to screen for thalassemia. The results did not disappoint, the foetus only has thalassemia minor. There is no better results than this.

I am very pleased to receive the good news. I may not be able to change genetics, but through my experience in conditioning, I believe that parents in good health will be able to lower the risk of passing on genetic condition to the next generation.